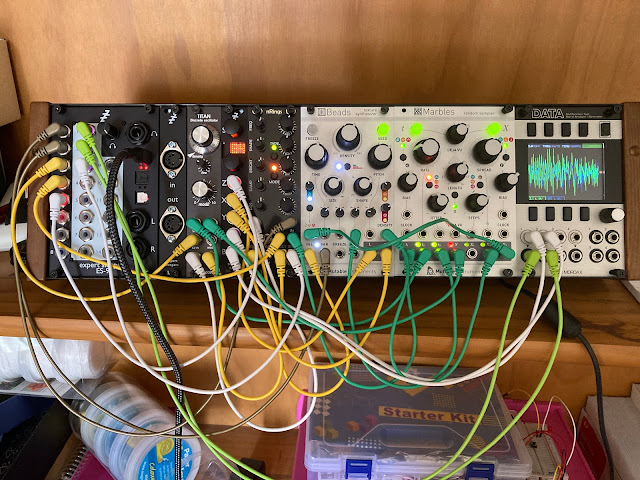 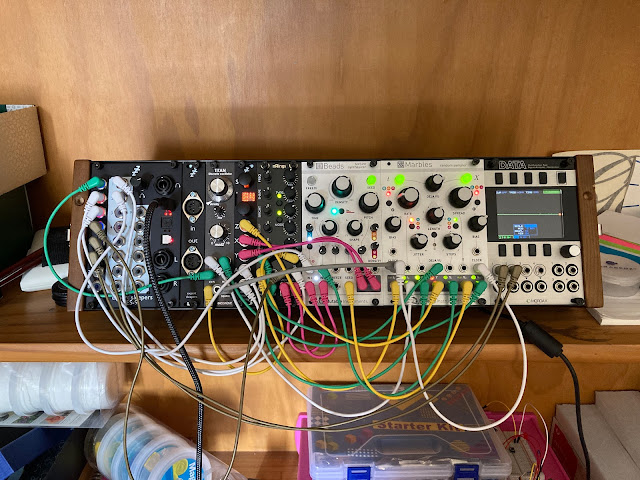 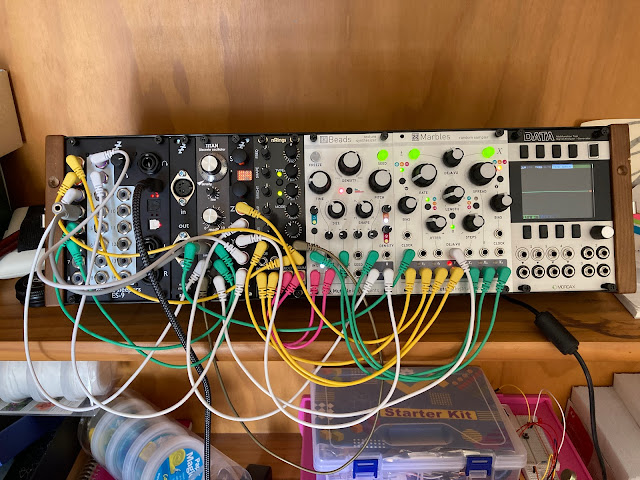 Third Patch
These are the three Eurorack setups that I used in Moon Dog. They are refinements on each other as I got my head around the Silent Way plug ins. I tried out a variety on configurations in Ableton Live settling in the end on the Follower and Trigger plugins. There are a number of ways to implement getting the CV out of the Live interface and into the modules. I basically used the instruments in Moon Dog (working title - coming soon) to drive the CV outputs, which in turn was used to drive the Oscillator. The Oscillator was synced to the Trigger plug in which was set up to provide a trigger on each chord change. The output of the oscillator was sent to nRings modulator before being fed to the texture synthesiser Beads driven by the Random sampler which was also synced to the chord changes. The generated signal was then fed to a compressor before return to Ableton's input tracks for recoding.

In this video from Ableton's One Thing series, Sirintip discusses how she uses data as a starting point for her compositions. She uses a web app called TwoTone by Sonify which has unfortunately disappeared from the web. Only the remnants of its data trail remain. Great idea. It is available on GitHub but the programming is a bit beyond me.
Read more

This is another One Thing video from Ableton, in which El Choop discusses how he adds interest to his music using gated noise. He takes you through the process but I haven't had a chance too try it out though. Sounds great.
Read more

pdjones
I like making music and creating. At the moment I am working on ambient pieces as well as painting and exploring words. I like experimenting and can't wait to get into modular synthesis hooked up to Ableton.